Skills 4 is working with Balfour Beatty to deliver a Career Development Programme designed to help women further their careers. 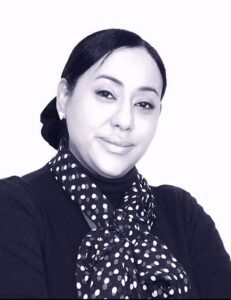 Being a delegate on the programme had a huge impact on Ruby Kanzi, Design Manager at Balfour Beatty

The course offered tips about body language, how to position yourself in meetings and presentations and included invaluable reading materials.

The Skills 4 training uses real life scenarios, which are simply explained and easy to apply to your everyday role.

Having enjoyed an incredibly successful career internationally, a move from consultancy into construction contracting created new challenges for Ruby, which meant proving herself repeatedly in a traditionally male-dominated environment.

“I had a successful career, including running my own design practice for three years,” she says. I was involved in a number of high profile projects but moved into an environment which is focused on programmes and construction delivery. It has been a great challenge as a woman to prove myself to some.”

She found out about the training through the Women in Business Affinity Network at Balfour Beatty, which provides a support network for talented females and allies across the business.

Having successfully applied to go on the course, she said the experience had given her renewed confidence. “It came at just the right time,” “I was really excited and was inspired by my trainer and the leader of the Affinity Network. Both were great role models, women who had achieved a high position in industry.

“The training reminded me of the importance of recognising past achievements to help me build confidence for future career development.” Ruby has worked on complex master planning projects in the UK, China and the Middle East as well as conceptual design in schemes that combine transport interchanges and commercial developments.

She is a winner of various international architectural design competitions, including winning the first prize of an urban design project in the French district of Shanghai Pudong area.

Educated to a Master’s Degree level in Architecture with merit, she is passionate about architecture and the built environment. Rubyis multilingual – fluent in English, Arabic, and Turkish and has a working knowledge of Spanish.

As a design manager, Ruby manages and co-ordinates design activities of external design consultants throughout project phases (tender to handover). She also manages design activities of sub-contractors and suppliers in line with Balfour Beatty operations and the delivery team. She is currently leading the Design Management of a high-profile South-Sea Waterfront and coastal defence scheme project in Portsmouth.

She hopes to progress further into a more senior role within Balfour Beatty. Ruby says the experience had led to her re-evaluate her relationship with her team, line manager and her role within the organisation.

“I now feel more confident in my capabilities. The course helped me to understand the difference in the way men and women communicate and taught me to set goals. I read material and listen to audiobooks recommended by my trainers almost on a daily basis.

“It shed light on my strengths and weaknesses and my potential improvement. It also helped me to evaluate my own performance andself-image, to overcome barriers and deal directly with issues which arise.

“It has also helped me to prioritise tasks and to communicate more effectively with my colleagues. For example, I have now set up a workload tracker system which breaks down tasks in terms of importance. It has saved me a lot of time and now others in the team have begun using the system.

“The training has restored my self-confidence; even just sharing experiences and concerns with other women reminds us we are equal to our male counterparts in the workplace.

“It was an absolute delight to meet talented women of Balfour Beatty who attended the course and hearing their stories was really insightful.”