A report by the Equality and Human Rights Commission (2008) suggested that at the current rate of change it will take more than 70 years to achieve gender-balanced boardrooms in the UK’s largest 100 companies. To wait this long would be a wasted opportunity given the increasing body of research which highlights a correlation between gender diversity and company performance.

“When women are so under-represented on corporate boards, companies are missing out, as they are unable to draw from the widest possible range of talent. Evidence suggests that companies with a strong female representation at board and top management level perform better than those without and that gender-diverse boards have a positive impact on performance.”

Current polling by Skills 4, confirms that women who complete out Career Development programme are against imposed quotas; they feel very strongly that Board appointments should be made on merit, with the best qualified person getting the job. However, given the slow progress and astonishingly low representation of women at this level, many would welcome company targets to ensure women have access to senior positions.

Photo by Christina @ wocintechchat.com on Unsplash 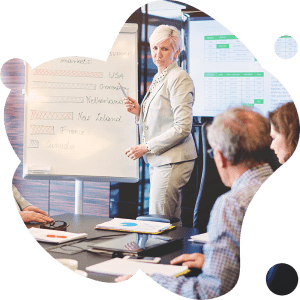